There’s something strange about Marvin McRae

The 2016 ASPIRE production There's something strange about Marvin McRae, took audiences on an adventure with the spirited Marvin McRae and his imaginary friend on his quest to be normal.

For the first time in ASPIRE’s five years, the entire story and script were completely original, written by Artistic Director, Anna Kerrigan. Anna has been inspired by the students who surround her and thus created a story of wild imagination.

Add to this that the script was punctuated by a host of popular tracks ranging from Pat Benatar’s classic anthem, Love is a Battlefield to Coldplay’s beautifully haunting Shiver, all performed by the ASPIRE band and vocal ensemble comprised solely of young musicians. All the while transporting the audience from the classroom to the bush, under the water and back in time. It was a roller coaster the audience didn't want to get off...with a giant chicken how could you go wrong?! 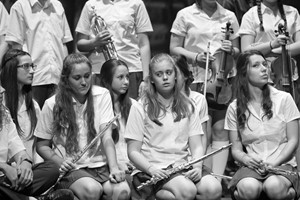 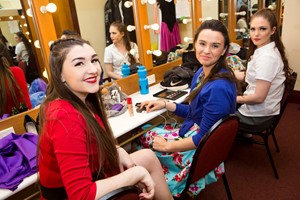