I am well and truly on the final stretch here with my Aspire internship – I can see the light at the end of the tunnel, which is both exciting and terrifying. Although a lot of people have seemed surprised to see me still working after the large production ended, things are just as, if not busier than they were back in term 2 and 3.

About 2 weeks ago we held auditions for Aspire’s 2020 show, which as an awesome experience to be a part of. I got to sit in on most of the drama and dance auditions along with some of the stage band. Unfortunately, I missed the vocal auditions as I was completing my motorcycle P’s course (I passed by the way and am now a rising member in Hell’s Angels – they respect the 105cc Postie Bike). One of my biggest responsibilities in the three days we were at NEX was to buy coffee’s for everyone, morning and afternoon, in order to get through the tiring day. Everyone was thankful and even though I used Anna’s card for every single purchase it felt as if I had bought them with my hard-earned cash.

To put it simply, the auditions were extraordinary, we had a total of 662 auditionees and I know everyone says this, but there really is a lot of talent in the diocese. The results of the auditions have now been sent out, with around 140 kids getting accepted. Aspire is extremely competitive, but no one is forgotten after they audition so if there is an odd chance you are reading this and don’t know whether to audition again do it! If anything, it will show dedicated and professionalism – two things that will never go amiss at Aspire.

In other news, the Aspire Scriptwriters program is ramping up, after meeting four times throughout the year, all 16 of the students have now written their own script which will be performed at a staged reading December 4th. During one of these workshops, they got to put some input into an original Australian Theatre for young People (ATYP) show called “April Aardvark” and a couple of weeks ago we got to go down and see the finished product at the Griffin Theatre. The show was awesome and the scriptwriters loved being able to see their impact on the script.

Over the last two week I have travelled to the schools of all 16 students to interview them about their script and their experience in the program. I have edited all of these and they will be played before each script is read at the performance- which has now been titled ‘First Draft’.

In more personal news, I am auditioning for NIDA this week, so wish me luck. 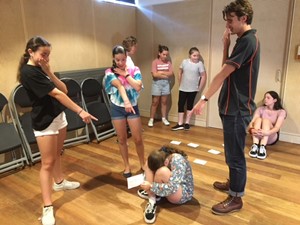 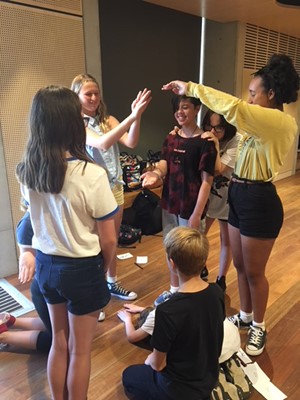 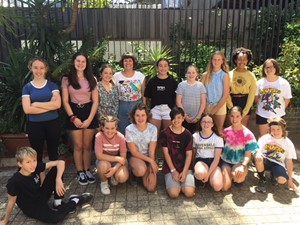 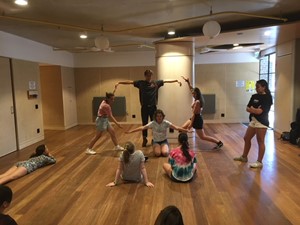